It has only been a few months since Time acquired Myspace.com and now it’s having to do damage control for a major hack that appears to have compromised passwords of hundreds of millions of people. Time Inc. has confirmed through a press release that earlier this week its technical teams were notified of attempts to sell Myspace usernames, passwords and email addresses registered before June 2013 online.

One thing that Time doesn’t confirm in the press release is exactly how many accounts have been affected by this hack. Other reports suggest that the number might be as high as 360 million.

Myspace is reaching out to users who have been affected by this hack. It’s also working with the authorities to try and find the people who caused it.

It also points out that the breach is limited to accounts registered before June 2013 because in the summer of 2013 Myspace took significant steps to improve security as part of a site re-launch. Myspace currently uses advanced protocols to store passwords, in simple words, this means that if you signed up for Myspace after June 2013 you need not be concerned.

Myspace isn’t as popular as it used to be once. Chances are that you may have had an account at some point in time, so even if you haven’t used Myspace in years, it’s possible that your details could have been leaked as well. Keep an eye on your online presence, and if you have the bad habit of using one password across multiple services and never changing it, it’s time now to update your passwords.

Myspace Hack Confirmed By Time Inc. , original content from Ubergizmo. Read our Copyrights and terms of use.

jlevitsk
reply
If you ever had a Myspace account then hopefully you don't still have the same password
Weatherly, PA

Ignorant Anti-Encryption Law Enforcement Groups Made A Logo And A Hashtag... And It All Backfired by Mike Masnick
Tuesday April 19th, 2016 at 11:42 AM

Yesterday morning, things kicked off with a ridiculous tweet from the NY Police Department, announcing that it "stood with" the Manhattan DA in calling for "encryption" legislation. Of course, that's inaccurate. What it was really calling for was anti-encryption legislation.

Today, 11am at City Hall we stand with @ManhattanDA & advocates to call for encryption legislation. #UnlockJustice pic.twitter.com/hqjRxtAzYO

But, suddenly we discovered that not only was Manhattan District Attorney -- and proudly technologically ignorant -- Cyrus Vance continuing to push his dangerous anti-encryption views, but he had somehow created a hashtag and a logo for it (I've sent in a FOIA request to see how much tax payer dollars were spent on the logo, though I doubt I'll get a response). Vance held quite the grandstanding press conference over this, in which he repeated the same misleading claims as in the past about how horrible encryption is, and then trotted out some sob stories of cases where law enforcement failed to do their job, and then blamed it on encryption.

You can watch the half-hour press conference below if you have the stomach for it: Of course, just about everything about this is ridiculous. It took place just a few days after Patrick O'Neill, over at the DailyDot, revealed some details of a FOIA request he'd made with Vance's office about all those cases he claimed he needed to get into phones for -- and found that, of the ones that were listed all had resulted in convictions anyway, even without getting into the phones. And most didn't appear to be for really serious crimes.

Meanwhile, as is often the case, an attempt by law enforcement to co-opt whatever "the kids these days" are doing by setting up a hashtag failed spectacularly. First off, Vance's office just happened to pick a hashtag that was already in use. Even worse, it was in use by the Quakers to push for criminal justice reform that would "start to reverse the failed 40-year 'war on drugs.' Ooops.

Then, of course, the folks who actually understand technology took the hashtag and ran with it, explaining why Vance's campaign was idiotic.

Remember: encryption protects the families of police too. If you break it, you put them at risk. #unlockJustice

Encryption protects the safety of those who have been abused by intimate partners or family members, even if the police don't #UnlockJustice

Encryption protects me and my family from criminals who may steal our portable devices. #UnlockJustice

Weakening everyone's security for the vague possibility of catching a few crooks is insanity. #UnlockJustice

In its quest for total surveillance over our lives, law enforcement is willing to empower criminals by weakening encryption #unlockjustice

I don't trust people who still use fax machines with my sensitive data. #UnlockJustice

After going through lots and lots of tweets, I have to admit that I couldn't find any -- outside of those from the DA's office and various law enforcement people that were actually supportive of the campaign. It really makes you wonder, just who does Cyrus Vance think he's protecting?

You might want to pay attention to this if you own a Toshiba laptop. The company has issued a recall for Panasonic battery packs that were included in its Portege, Satellite, and Tecra laptops. It said that the lithium-ion battery packs are susceptible to overheating and can prove to be a fire risk, that puts customers at risk for burns, so it has issued a recall for over 100,000 units that power as many computers sold in the United States and Canada.

Toshiba shipped these batteries with 39 models of the Toshiba Satellite, Portege, and Tecra notebooks. If you happen to have any of those laptops then you should immediately ascertain whether or not your battery has been recalled.

If the battery pack number in the image posted above matches yours then go here to follow detailed instructions on how to remove the unit from your laptop immediately. All units affected by this overheating issue start with “G71C.” Toshiba is then going to provide you with a free replacement battery.

Until the replacement battery arrives you can continue to get work done by using the laptop, just keep it plugged into the wall and the charger connected, but be mindful of the cable because the moment it leaves the port the laptop will shut down and you will lose any work that’s not saved.

No injuries have been reported as yet so that’s a good thing, but Toshiba did receive four complaints of battery packs overheating and melting.

Bowie tribute concert at Radio City will be streamed on Skype by Billy Steele
Tuesday March 29th, 2016 at 4:56 PM

A pair of concerts will offer a tribute to David Bowie in New York City this week, and you'll be able to stream one of them. Due to "unprecedented interest," concert organizers are teaming up with Skype and Ammado so that Bowie fans around that world...

jlevitsk
reply
Wish I could go in person but maybe we will get to see it streamed.
Weatherly, PA

There has been a greater push to adopt encryption following the disclosures by Edward Snowden. He blew the whistle on the government’s electronic spying programs and now most users are trying to shift to services that they believe have a better chance of protecting their privacy and data. ProtonMain is an encrypted email service that has been in invite-only beta for two years. Today the service has finally been opened to everybody who wants to sign up for it.

Not only has ProtonMail opened its service to everybody it has also launched new mobile apps which are encrypted end-to-end. This means that even the company itself can’t access user data so it can’t comply with requests to hand over data if and when that situation arises.

ProtonMail has been founded by scientists working at CERN and the MIT, so you can imagine that they know what they’re doing, and the fact that more than a million people signed up during the invite-only beta goes to show that they’re on to something here.

The service and its servers are located in Switzerland so there’s not much that authorities in the United States can do to shut this service down. As the encryption debacle between Apple and the FBI plays out in the public domain and gets ugly, it’s likely that ProtonMail will see an uptick in its numbers since many would want to move to a service where they can get a reasonable expectation of privacy against unwanted snooping by the government.

Encrypted Email Service ProtonMail Now Open To All , original content from Ubergizmo. Read our Copyrights and terms of use.

jlevitsk
reply
FBI beats up Apple to break down iPhone security, and ProtonMail comes along to provide end to end encrypted mail based in Switzerland. Formed by CERN and MIT folks. I love it.
Weatherly, PA

Thanks to Josh for pointing this out. Apple has a page that lets you look up whether your device has Activation Lock enabled. This way, even if you don’t have it, you can confirm that it’s locked after you, for example, remotely wipe it. The page is available at https://www.icloud.com/activationlock/. 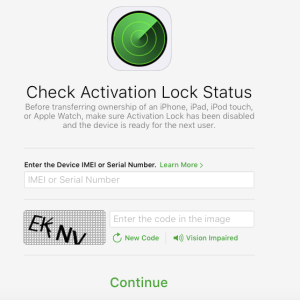